Narcolepsy diagnosis can be a difficult process and misdiagnosis is common 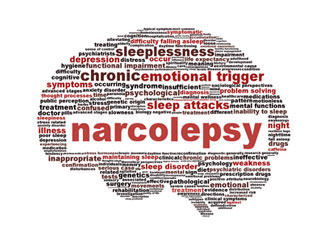 Narcolepsy is often misdiagnosed as a psychological disorder, despite the fact that it is a physical disorder. Often a patient will not recognize all the symptoms for several years and may only seek help for a single symptom, which may also be associated with a different disorder, leading to an incorrect diagnosis. Sleep disorder centers can be useful to provide a comprehensive physical and psychiatric analysis.

When making an accurate diagnosis, it is important to rule out other sleep disorders, psychological disorders, epilepsy or persistent fatigue, as these can each share similar symptoms to narcolepsy. The treatments for these other disorders, particularly antipsychotic drugs, can have severe side effects and are useless to treat narcolepsy.

Determining whether or not an individual has the HLA-DQB1*06:02 allele also aids in the clinical diagnosis of narcolepsy. The DQB1*06:02 allele is present in 90-99% of narcolepsy-affected people and 15-25% of the general (unaffected) population. Hence the presence or absence of this allele alone does not determine whether or not an individual is (or will become) affected. However, it is very useful for diagnosis in conjunction with other clinical symptoms.