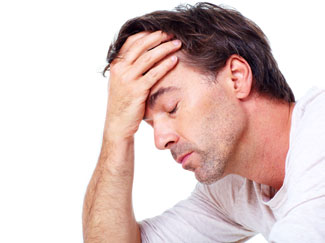 Narcolepsy is a condition characterized by extreme daytime sleepiness. Many affected people also suffer from sudden but temporary muscle weakness, known as cataplexy. Narcolepsy is a primary hypersomnia as it is not caused by or associated with any other diseases, mental illnesses or psychological problems.

Narcolepsy affects between 1 in 2000 and 1 in 5000 people and only about 25% of affected people are actually correctly diagnosed. Often people are mistakenly diagnosed with psychiatric or emotional problems.

Although most narcolepsy cases are sporadic, there is still a strong genetic basis. The family members of an affected individual have a 20 – 40-fold increased risk of developing narcolepsy. There is a strong association between narcolepsy and the human leukocyte antigen HLA-DQB1, as 90-99% of people (99% of Caucasians) affected with narcolepsy and cataplexy have the HLA-DQB1*06:02 allele. Approximately 15% of unaffected Caucasians, and 15 – 25% of the unaffected worldwide population, also has this allele, so other factors must be involved.

Most people affected by narcolepsy also suffer from cataplexy. A deficiency in the neurotransmitter hypocretin (orexin) has been implicated in many of these patients. However, there has currently not been any highly penetrant hypocretin-gene mutations identified, unlike the animal models. This supports the hypothesis that narcolepsy in humans is an autoimmune disease and the hypocretin-producing cells are targeted by the immune system. Further evidence that supports the auto-immunity hypothesis includes the identification of auto-antibodies close to narcolepsy disease onset, an increase in newly diagnosed cases after the 2009 H1N1 influenza vaccination and the discovery of associations with other immune-related genes.

Narcolepsy is likely to have an environmental component, which may include infections, trauma, hormonal changes, stress or immune system problems.

Next, Signs and Symptoms of Narcolepsy »