About the Narcolepsy Test

Determine if you have an increased risk of narcolepsy 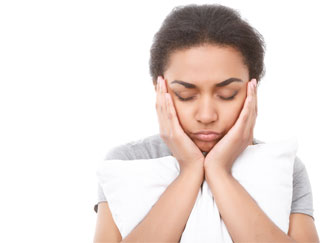 The Narcolepsy (HLA-DQB1*06:02) Genotyping test will conclusively determine whether you carry the HLA-DQB1*06:02 allele which is associated with an increased lifetime risk of developing narcolepsy.

What is the HLA-DQB1 Gene?

The HLA-DQB1 gene is one of more than 200 genes in the HLA gene family. HLA genes are clustered on chromosome 6 and encode components of the human leukocyte antigen (HLA) complex. The HLA complex is an important part of the immune system, helping distinguish between the body’s own proteins and foreign proteins from viruses and bacteria. The protein encoded by the HLA-DQB1 gene forms a complex with the protein encoded by the HLA-DQA1 gene. This complex displays foreign proteins to the immune system in order to trigger an immune response against the foreign invader.

Variation in the HLA-DQB1 Gene

HLA genes vary significantly between individuals and several hundred different versions (or alleles) of the HLA-DQB1 gene have been identified. Each allele is allocated a particular number (such as HLA-DQB1*06:02). Specific HLA-DQB1 alleles are associated with various health conditions. For example, DQB1*03:02 in combination with either DQA1*03:01 or DQA1*03:02 increases the risk of celiac disease.

The DQB1*06:02 allele is associated with a significantly increased risk of narcolepsy as 90-99% of people affected with narcolepsy carry one or two copies of this allele. Individuals who carry two copies of the DQB1*06:02 allele (homozygotes) have an even higher risk (2- to 5-fold increased risk) compared to heterozygotes who carry one copy of the DQB1*06:02 allele and one copy of an alternative DQB1 allele. The presence of this allele alone is not enough to cause health problems though, as there are many people (15-25% of the general population) who have this allele and never develop narcolepsy. This indicates that other genetic and environmental factors are required for the development of narcolepsy.

Another susceptibility allele that has been identified is DQB1*03:01, but this allele does not increase the risk as much as DQB1*06:02. Several protective alleles have also been identified in different populations, including DQB1*05:01, DQB1*06:01, DQB1*06:03, DQB1*02 and DQB1*06:09. There may also be some risk contribution from the DQA1 alleles that encode the other component of the DQA1 – DQB1 complex.

Age Limit None. This test can be taken at any age. Collection Method Buccal swabs. The test kit contains buccal swabs and instructions for collecting a buccal swab sample from inside the mouth.

Specimen Requirements Four buccal swabs, rubbed inside the mouth against the cheek for 15 seconds.

Sample Handling DNA test kits do not have an expiry date and can be used at any time. Once the DNA sample is collected, it must be returned to the laboratory for testing within three months of collection. No refrigeration is required. Store at room temperature.